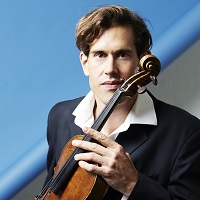 Tobias Breider was born in Münster and began his music studies with violin and piano. He studied viola with Rainer Moog in Cologne, completing his Master’s degree, and a German Academic Exchange Service (DAAD) scholarship enabled him to study in New York with Michael Tree of the Guarneri Quartet. On returning to Germany, he completed the Soloist Program in Lübeck with Barbara Westphal. His intensive study of chamber music has also included lessons with the Alban Berg Quartet, Juilliard String Quartet, Sarah Nelsova and Miriam Fried.

Before moving to Australia to join the Sydney Symphony Orchestra in 2011, he held principal positions at the Rhine Opera Düsseldorf, the Konzerthaus Berlin and with the Hamburg Philharmonic State Orchestra under Simone Young. He has also appeared as guest principal with the Leipzig Gewandhaus Orchestra, the Berlin, Vienna and Cologne radio symphony orchestras, the Qatar Philharmonic and the Melbourne Symphony Orchestra.

As a soloist he has performed at the Sydney Opera House, the Domain and City Recital Hall, as well as the Melbourne Recital Centre. He regularly tours Queensland giving recitals and is a member of Ensemble Q in Brisbane. He is in demand as a chamber musician, and has performed at numerous festivals in the USA, Germany, the UK and South Africa. Since his arrival in Australia he has collaborated with ensembles such as Wilma Smith & Friends, Kathryn Selby & Friends, Charmian & Friends, the Australia Octet and the OMEGA Ensemble, as well as artists such as Kathy Selby, Ian Munro, Paul Wright, Howard Penny, Brett Dean, Timo-Veikko Valve, Elizabeth Layton, Timothy Young, James Crabb and Sara Macliver.

Tobias teaches at the Sydney Conservatorium and as a guest teacher at the Australian National Academy of Music in Melbourne. 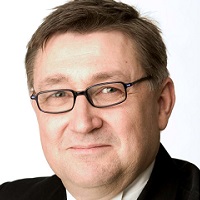 Born in Sydney, Robert Johnson studied the French Horn at the NSW Conservatorium of Music. After holding the positions of Principal Horn with the West Australian Symphony Orchestra and the Australian Opera and Ballet Orchestra, Robert was appointed as Principal Horn with the Sydney Symphony Orchestra in 1986, a position he has recently retired from. During his time with the SSO, he has performed as soloist in works by Mozart, Strauss, Britten and Ross Edwards. In 2009 he commissioned and premiered with the SSO a new Horn Concerto entitled Lightfall by Sydney Composer Christopher Gordon.

As a teacher he has worked as Senior Horn Lecturer at the NSW Conservatorium of Music and Canberra School of Music and has appeared as Artist in Residence at Universities and Music Schools in Brisbane, Hobart, Melbourne, Perth and Hong Kong.

Apart from Horn playing, Robert has also sung Medieval and Renaissance Songs in “another life” as a Counter Tenor with groups such as the Renaissance Players of Sydney University and the Leonine Consort. 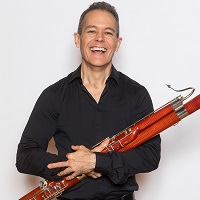 Growing up in Sydney, Andrew studied bassoon with Marion Stanley and John Cran while pursuing degrees of Economics and Law at Macquarie University. Upon graduation he accepted a position with chartered accounting firm KPMG Peat Marwick and worked for several years before receiving the Queen Elizabeth II Silver Jubilee Trust Scholarship and moving to Europe to pursue study of the bassoon in a full time capacity.

Lessons with William Waterhouse in London and at the Conservatoire de Geneve with Kim Walker and Roger Birnstingle helped Andrew to win the bassoon section of the Swiss International Performance Competition in Riddes. Andrew subsequently completed studies at Indiana University in the United States, receiving a Performer Diploma. He was also awarded the "Performer Certificate", the highest performance prize offered by the School of Music. 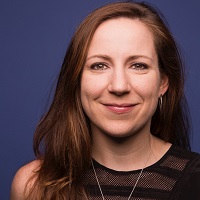 Shefali Pryor grew up in Sydney where she graduated with First Class Honours from the Sydney Conservatorium of Music. During her studies she participated in numerous programs with the Australian Youth Orchestra and was a member of the Sydney Sinfonia. Upon graduating she joined the Sydney Symphony Orchestra as Second Oboe.

In 2004 and 2005 she was granted leave in order to study with Stefan Schilli at the Mozarteum University in Salzburg. Not long after her return to Australia she was appointed Associate Principal Oboe. In 2006 she won the Other Instrumental category of the Symphony Australia Young Performer Awards. She has performed as soloist with the Sydney, Melbourne and Tasmanian Symphony Orchestras, including performances with violinist Nigel Kennedy in 2006.

She is also the Artistic Director of the Sydney Symphony Orchestra's Vanguard program for young philanthropists. 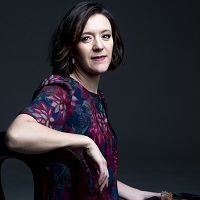 Lerida began learning the violin at the age of three and at fifteen, began her undergraduate studies with William Hennessy at the University of Melbourne, completing a Doctor of Musical Arts in 2003.

Lerida is a founding member of the Tinalley String Quartet, winners of the 2007 Banff International String Quartet Competition and the 2005 Asia Pacific Chamber Music Competition. The Quartet has performed extensively throughout Europe, Canada, North America and Australia, appearing in such iconic venues as the Concertgebouw, Vienna Musikverein, Frankfurt AlteOper, Berlin Konzerthaus and the Sydney Opera House.

Lerida is the grateful recipient of a 1793 Joseph and Antonius Gagliano violin on loan from a private donor. 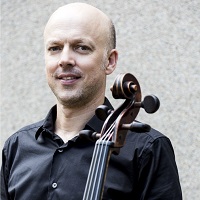 Timothy Nankervis is a member of the Sydney Symphony Orchestra having taken up the position in 2004.

He has won numerous awards for cello performance and chamber music and as a member of the acclaimed Seraphim Trio. Tim is an active chamber musician being a member of the Sonus Quartet, as well as performing with the Linden Trio, Sydney Soloists and Sydney Symphony Chamber Music.

He has performed widely throughout Australia as a soloist and has broadcast regularly for the ABC and 2MBS-FM. He has performed the Beethoven Triple Concerto and Brahms Double Concerto with orchestras in Sydney and Queensland, and he has performed as soloist with Orchestra Victoria, playing Tchaikovsky's 'Rococo' Variations.

In 2011 and 2015, Tim performed in the Australian World Orchestra, which brought together some of Australia's finest musicians from home and abroad. Committed to education, Tim teaches at the Sydney Conservatorium of Music and tutors regularly for Sydney Sinfonia, Sydney Youth Orchestra and Australian Youth Orchestra.

Tim completed his Bachelor of Music degree in Sydney with Lois Simpson and graduated from University of Melbourne with a Master of Music degree studying with Nelson Cooke. He has studied in London with William Pleeth and Raphael Wallfisch, and with Vadim Chervov at the Tchaikovsky National Academy of Music in Kiev. 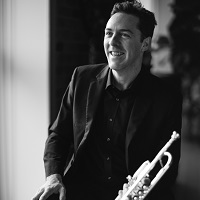 David is an active chamber musician, most recently giving the world premiere of David Sampson’s Memories to Keep Awhile at the Australian Festival of Chamber Music. He is a founding member of the Australian Brass Quintet with whom he regularly tours throughout Australia and beyond.

David began learning the trumpet at the age of nine, later studying with Paul Goodchild in Sydney. He gained a Bachelor of Music degree from the Queensland Conservatorium (where he studied with Yoram Levy) and was recipient of the Conservatorium Medal. He furthered his studies with Charles Geyer and Barbara Butler, graduating with a master’s degree in performance from Northwestern University, Illinois, USA in 1999.