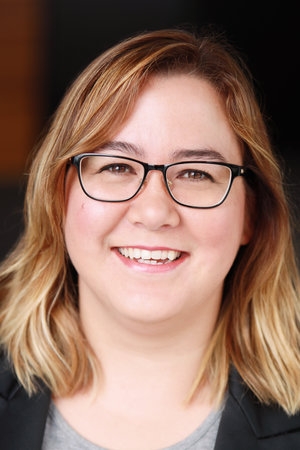 The fifth concert in our 2019 Australia Ensemble Subscription Series, Heart * Beat, dual themes of Heart and Beat inspire this program of rhythmic vibrancy and emotional depth. We premiere our new commission by Sydney-based composer Jessica Wells, who is well-known in the commercial music world, as in her theme to the ABC program Q & A. Her concert music is increasingly making waves and has been premiered in the 2018 London Proms. We sat down with Jess to find out what is happening behind the scenes.

You’ve been a part of some wonderfully creative projects for film, theatre and concert music. Can you tell us a little bit about your previous projects and what drives you as a composer, arranger and producer?

I’m so lucky to be able to work across many genres of music, and I’m never EVER bored! Just this year I have written music for:

- a piece for Carillon, Soprano and Electronic Track (performed in Barcelona and next year in Canberra at the National Carillon),

Last year I also wrote music for ABC TV’s new show “Dream Gardens” which will be aired at the end of October.

I absolutely love working in the recording studio, as an orchestrator, arranger and music producer. I get a big thrill out of making other composer’s music sound great, and through this process I have learned so much about the craft of composition from many varying perspectives. I have always viewed commercial work as a valuable means to hone my skills as a composer, and not just putting food on the table. Working with so many passionate music makers is a dream job!

Can you please tell us a little bit about your new work Heart Beat, commissioned for the Australia Ensemble this year?

Paul Stanhope’s programme of “Heart” and “Beat” was such an interesting combination that I took it very literally and wrote a piece about actual human heartbeats!

The piece is in three main sections which investigate the tempo of human hearts in different states of being. The opening section has three tempos (quite quick) which are typical of a growing fetus. The baby’s tiny heartbeat is in the centre of a lot of kaleidoscopic movement, depicting the growing and multiplying cells, the magic of human development.

The second section explores the slow heart rate of deep sleep and the fluctuation of REM sleep where we dream.

The third section explodes, as do our hearts when we first fall in love! It’s like a freight train bearing down on you, and there are references to that in the music.

How did you approach writing for the Australia Ensemble - what was your compositional process and what was your biggest challenge composing this work?

Having been to see the Australia Ensemble perform many times I know that the technical capability of the musicians is scarily virtuosic, so in some ways I felt free to write what I liked knowing that they would be able to perform it. On the flip side I didnt want my piece to be all about technique, it needed to be “me” and have my voice shine through. So the challenge was to know that I had achieved a balance of those two elements, the thrill and the beauty. Composers often second-guess themselves, and self-doubt is something to push aside over and over again and just keep plugging away until I just have to stop and say “well, it is what it is!” and then give it over to the musicians with trepidation! Hoping that they enjoy the piece is paramount to me as a composer, if they do then that will transcend to the audience.

Do you have any tips for budding composers wanting to have a career in composition?

I get several emails a month from young composers asking for advice, a chat or a coffee to “pick my brain”. Unfortunately I cannot help all of them personally as then I would have no time to compose! So I can say here in print to them: “diversify”. That is the key to surviving in Australia as a composer. Work in different areas to hone skills, teach (teaching encourages self-education), support other composers, promote yourself but not in an egotistical way, play an instrument well, sing, and finally “always be nice to the sound technician”.