A view from the risers | Music Performance

A view from the risers 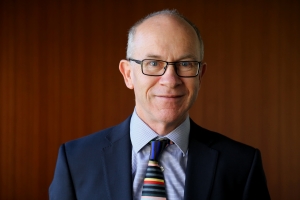 Back in my days as an undergraduate student at UNSW, I had the pleasure of being a member of the Collegium Musicum Choir (CMC). The Choir was in its infancy (I joined in its third year), it numbered between 40-50 singers, and was led by Dr Patricia Brown. Our performances were conducted by Patricia’s husband Professor Roger Covell.
We rehearsed each week in an old army building, constructed as a ‘temporary’ building during World War II. It was cold in winter and very hot in summer, it was pretty basic, but we enjoyed rehearsing there, as we explored great choral pieces together. This was a defining time for music at UNSW – regular concerts were being scheduled, a chamber opera company and vocal ensembles were inaugurated, the Australia Ensemble was established in 1980, and eventually the UNSW Orchestra and Wind Symphony. It was exciting to be part of this creative activity. The choir was gaining in its reputation, and was receiving good reviews.
Now fast forward quite a few years to 2010, when I returned to UNSW as a member of staff in the UNSW legal office. UNSW had changed so much from my student days, the campus was almost unrecognisable in parts, the number of students and staff had grown dramatically, the pace was more hectic and the number of courses on offer had mushroomed (there were even degrees in Music!). While coming to terms with this bewildering change, I re-joined CMC, and experienced a strong sense of déjà vu. Despite the passage of time, the choir still focuses on great choral music, it still rehearses on Wednesdays at the same time for three hours, it still holds three performances a year in the same venue, and the choir continues to partner with the fantastic Handbell Ensemble for Christmas concerts.
There have been changes of course. The number of singers has increased significantly, including a large number of international UNSW students. I have a sense that life for the average undergraduate student is more demanding now than was the case in the pre-digital, fee-free days at UNSW. It can be a challenge for students to find time for extra-curricular activities on campus. I have great admiration for current student members of CMC, who give generously of their time to enthusiastically participate in their choir, producing performances of a high quality.
Our current leader, Sonia Maddock, (UNSW’s Director of Music, Art and Culture) is inspirational. Sonia brings high standards and enthusiasm to the role. The choir is a large and diverse group, and goes through a major change of membership every 12 months as graduates move on. At our weekly rehearsals Sonia melds us into a professional ensemble, and does so with humour and good will. She provides us with an education in the choral tradition and choral technique. Sonia also conducts the orchestral rehearsals and the ultimate performances, instilling in us a sense of pride in the achievement. Our Operations Coordinator, Yvette Goodchild, is also a great asset to CMC, ensuring that all the necessary detail and preparation are attended to with good grace and professionalism, as a vital part of the overall team effort.
CMC is a great way for students, staff and community members to meet people with similar musical interest and to enjoy some fun together. A recent study in the UK found that people singing in choirs report significantly higher psychological well-being than solo singers. And choristers feel their choirs to be more meaningful social groups than, for example, football players consider their teams. In the end, it’s all about a sense of community being forged with a group of people who share a common interest, whether it be sport, music or any other worthwhile activity. CMC does it for me.

Alan Melrose is a member of the Collegium Musicum Choir and works in the Legal Office of UNSW. He first performed with the CMC as a student, as in this 1979 performance conducted by Roger Covell (Alan is in the back row, fifth from the left)