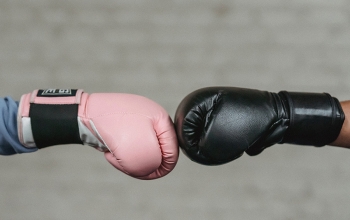 If you dread the thought of getting up in front of a group of people and performing, you are not alone. Millions of people suffer from performance anxiety, commonly called "stage fright." Studies have shown that most people would rather get the flu than perform. Athletes, musicians, actors, and public speakers often get performance anxiety.

Nearly any situation can trigger performance anxiety, from competing in a sporting event, to taking a test in school, to parallel parking while your friends are watching.

Join our expert panel: Greta Bradman, Soprano, Psychologist and Radio Broadcaster; David Griffiths, Associate Professor of Music and Australia Ensemble UNSW Clarinettist; and Georgia Winkcup, Australian Olympian and UNSW Alumna, to learn about performance anxiety, and what we can do to perform our best.

Please note: The webinar will be recorded and housed following the live event on the MPU website. By registering, participants agree to their image being captured and used in this way. Participants are welcome to turn cameras off

This event is supported by the UNSW Division of Equity Diversity & Inclusion, as part of Diversity Fest 2021 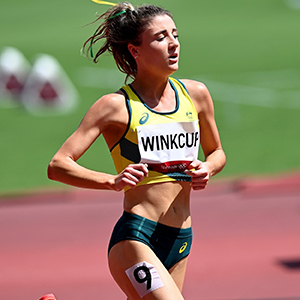 Georgia Winkcup is an Australian 3000m steeplechase athlete and UNSW alumni who completed her arts law degree in 2020. Georgia has represented Australia at the World Junior Athletics Championships in 2016 in Poland, the World Athletics Championships in 2019 in Doha and the Tokyo 2020 Olympics as well as various times at the Oceania Athletics Championships. Georgia currently trains full time for her athletics but also works full time as a property and real estate paralegal at Corrs Chambers Westgarth where she intends to commence as a graduate lawyer in March 2021. As an international level athlete, Georgia is very familiar with performance anxiety and the need to develop practical methods to combat this and to perform at her best when it matters.

David Griffiths is a member of two of Australia’s leading chamber music ensembles, the Australia Ensemble UNSW and Ensemble Liaison. He also holds the position of Associate Professor of Music (Clarinet) and Coordinator of Chamber Music at the Melbourne Conservatorium of Music, the University of Melbourne. A passionate educator and performer, he has presented masterclasses and performances in Asia, Europe, United States, the Middle East and Australia including a critically acclaimed debut in Carnegie Hall’s Weill Recital Hall. As a soloist he has appeared with the Melbourne Chamber Orchestra, Tasmanian Symphony Orchestra, Sydney Symphony Orchestra, Orchestra Victoria, Australia Ensemble UNSW, Shanghai Radio Orchestra, Macau Orchestra and the Monash Academy Orchestra. 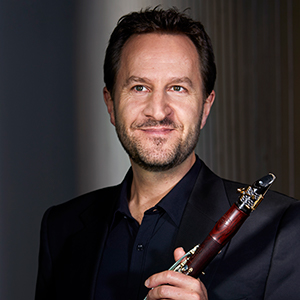 As a member of Ensemble Liaison, he curates and performs an annual three-concert series at the Elisabeth Murdoch Hall at the Melbourne Recital Centre which is currently in its 16th season. He has also performed with the New Zealand, Goldner, Tinalley, Acacia, Flinders and Australian String Quartets, the New York Wind Soloists, and the Southern Cross Soloists. He has collaborated with many leading artists including Nemanja Radulović, Ray Chen, Anthony Marwood, Henning Kraggerud, Emma Matthews, Cheryl Barker, Peter Coleman-Wright, David Jones, Paul Grabowsky, Tony Gould, and has appeared at the Australian Festival of Chamber Music in Townsville, Port Fairy Festival, Lucerne Festival and the Pacific Music Festival in Sapporo, Japan.

Some recent highlights include a performance of John Adams’ Gnarly Buttons Clarinet Concerto with the Australia Ensemble UNSW, the Weiland Concerto with the Melbourne Chamber Orchestra, a collaboration with accordion virtuoso James Crabb, Mozart’s Clarinet Quintet and Concerto at the 3MBS Mozart Marathon and the complete chamber works of Brahms in one day in collaboration with Timothy Young, Svetlana Bogosavljevic and the Australian String Quartet.

David’s recordings with Ensemble Liaison of Messiaen’s Quartet for the End of Time for the Melba Recordings label and Trios of Brahms, Beethoven and Bruch for the Tall Poppies label have won high praise from critics around the world. He is a Backun Clarinet performing artist. 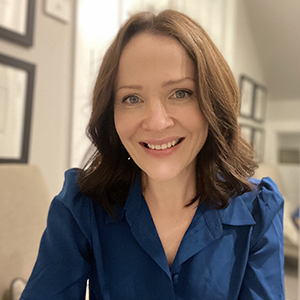 Greta consults with public and private organisations across technology and creative industries on culture, works in private practice as a psychologist, presents Weekend Brunch and is the creator of “Music for Wellbeing” offerings on ABC Classic. She hosts concerts and conversations, and provides workshops around wellbeing, human values, and decision-making. She is the founder of pre-launch, values-based tech start-up, Eiris Inc.

Formerly an artist for Universal Music (Decca Classics), she had four No.1 solo albums and has featured on others. She has sung with opera companies, symphony orchestras and ensembles around Australia and the Asia Pacific, through Europe, the UK, and US. She has produced her own tours and has toured alongside colleagues from around the world. She still sings from time-to-time.

Alongside fundraising strategy and implementation, Greta advises and actively participates in the key development of evidence-based initiatives and programs that have demonstratively supported wellbeing-related outcomes.