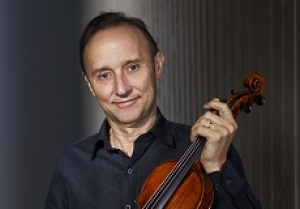 Dene Olding was almost surprised to be reminded that 2021 was actually his fortieth season with the Australia Ensemble UNSW. Such an occasion would typically be met with some celebration and fanfare, but as Sydney tiptoes out of an extended period of lockdown, festivities are limited to a brief chat including some hearty congratulations.

Sydney audiences know Dene not only from his work with the Australia Ensemble UNSW, but also the Goldner String Quartet, the Sydney Symphony Orchestra, and as a soloist and guest artist. Chamber music wasn’t always the plan for his career, but has really become perhaps the central pillar in his musical life.

“I fell into chamber music by accident really … Of course, every music student has to study chamber music, but it was not until I joined the Australia Ensemble (which was the University of New South Wales Ensemble in those days) that I was seriously thrust into a high profile, high-powered chamber group.”

Dene had studied in the US at the Juilliard School in New York, and was exploring opportunities in playing and conducting when he was enticed back to Sydney in 1982 to take up positions with both the Australia Ensemble UNSW and as leader of the Australian Chamber Orchestra. As a young, brilliant musician, it wasn’t an easy leap to make.

“It was a steep learning curve, because I hadn’t played a lot of this repertoire before. I think chamber music teaches you a lot about life, a lot about your own playing - I think playing chamber music is the best way for a string player to improve their own playing, because you have to concentrate so much on own sound, learn how to match others and yet still know when to defer to another instrument and so on. I think it’s a great life lesson.”

It was a big decision to return to Australia. At the time, he was really aiming for a big concertmaster position, which he ultimately succeeded in doing with the Sydney Symphony (1987-94, and 2002-16).

“I managed to juggle both worlds, which I probably wouldn’t have been able to do anywhere else but Sydney. I think that is unique here; I think I've had almost two fulltime careers side by side. So, I've been very grateful, very fortunate, and don’t regret it at all.”

"Chamber music teaches you the finer details of playing"

Sydney has been very fortunate to profit from Dene taking these multiple roles, with the intimacy of chamber music alongside his natural leadership style in an orchestral setting. The skills seem very different, but Dene is quick to acknowledge the cross-benefits of his dual career.

“Playing in a big orchestra there is safety in numbers, you’re not always in the spotlight, but in chamber music you are. And you can’t really take a rest, you have to concentrate on beauty of sound I think more than anything else. Chamber music teaches you the finer details of playing. In the orchestra, I'm always aware of the other parts because of my chamber music background.”

"It helps being married to another member of the group. She always puts me in my place."

In thinking back to 1982, Dene talks about stepping into the world of the university, and how it felt to be at the beginning of something significant.

“I remember being so impressed with the university’s situation because there was Gordon Samuels, who was the Chancellor in those days and head of the Advisory Committee. I was invited along to this committee, and I thought ‘oh wow, this is all highly organised, and has the whole weight of the university academia behind it’. And of course, Roger (Covell) was there, so erudite and a commanding presence. So, I thought ‘this is going to be really something.’”.

From the perspective of a young and flourishing musician, it’s possible that Dene wasn’t quite aware of what a chance the university was taking in this emerging professional ensemble, or that much of its impact was reliant on the brilliance of the musicians who had been recruited. Looking back, Dene is aware of how significant that recruitment was in the success of the Australia Ensemble UNSW.

“It's fun to reminisce and look back over forty years; I hope that the Ensemble will continue to go from strength to strength. We’ve had remarkably stable membership over the years which I think is partly the reason for its success. It takes time to mould players and their styles. We can sit down in rehearsal and save a few rehearsals just by knowing each other so well. And we can always rely on each other.”

Dene’s marriage to violist Irina Morozova has been part of that familiarity and stability, and a firm sense of reality. “Well, it’s taught me humility,” he laughs. “It helps being married to another member of the group. She always puts me in my place.” 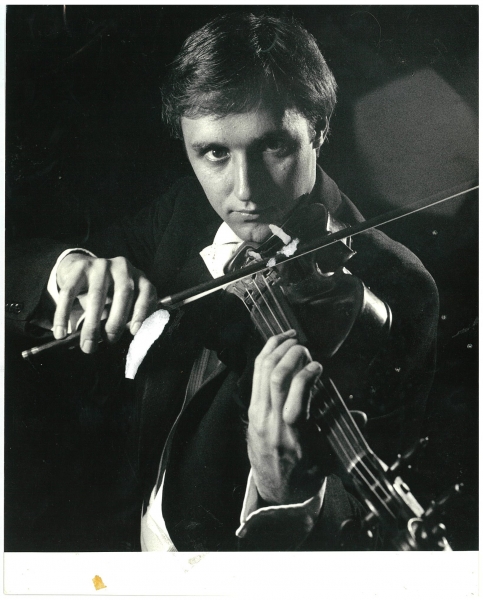 "Interaction with the audience which is part of our DNA"

Aside from the lack of celebration of Dene’s fortieth season with the Australia Ensemble UNSW, the pandemic has presented personal challenges for each of the musicians.

“I would never have guessed that we’d be in this situation with the pandemic; it’s really hard to keep the motivation because I hadn’t realised how much I relied on concerts, engagements and projects to maintain my practise routine.”

Dene is optimistic about 2022, and getting back into the routine of preparing for live performance, which he describes as “that interaction with the audience which is part of our DNA.”

In the meantime, the novelty of lockdown has worn off and a degree of tedium has set in with the cancellation of concerts and tours. For Dene, the silver lining has been those COVID-projects which have been put off, sometimes for years, until this unexpected span of free time became available. Among these has been a study of Italian, about which he is predictably modest.

“I still can’t string a lot of words together but I'm watching a lot of Italian movies and things and mostly understanding it. I'm making progress, but speaking is still quite a challenge.”

The Australia Ensemble will return to the Clancy Auditorium stage in March 2022, and Dene is looking ahead with great hope. When asked what he still looks forward to, it is clearly focused on the people as much as on the music itself.

“Camaraderie, from the players’ point of view. It’s a unique bunch of people and we’re very close even though we don’t see each other very often at the moment. But you just pick up where you left off, and it’s a bit of a family. Like all families we have our ups and downs but it’s hard to imagine not having the Ensemble in your life.”

The other side of the concert relationship is of course the audience, and its setting in the Australia Ensemble UNSW’s home venue. Having moved on from the nerves of his first time on the Clancy Auditorium stage, Dene now has only the fondest of feelings for Clancy and for the Ensemble’s audience.

“It’s such a comfortable place. It’s like putting on your favourite sweater to walk out onstage at Clancy, because you see all these familiar faces, and friendly, warm faces that wish you to do well. It's not like walking out on another concert stage which you’re not familiar with if you don’t know the people. And I think they’ve been incredibly loyal over the years, and I just have to say thank you from the bottom of our hearts.”

You can see Dene and the rest of the Australia Ensemble UNSW on stage at Sir John Clancy Auditorium in their 2022 season. Find the season dates here. Subscriptions on sale in November.