From Collegium Musicum To Beyond! | Music Performance

From Collegium Musicum To Beyond! 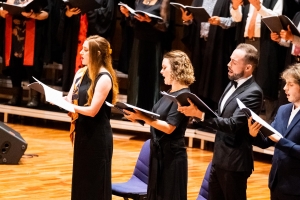 On Friday 22 April Collegium Musicum Choir were joined by three UNSW and MPU alumni as soloists in their performance of Mozart's Mass in C major K257 ‘Credo’ and Schubert's Mass in G major D167.

It was very special to have these singers back on stage at Sir John Clancy Auditorium, and a fantastic opportunity for students to see where music can take them after UNSW, and connect with the vast and gifted alumni network. 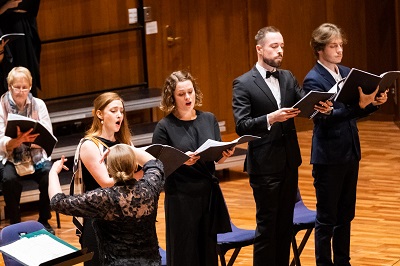 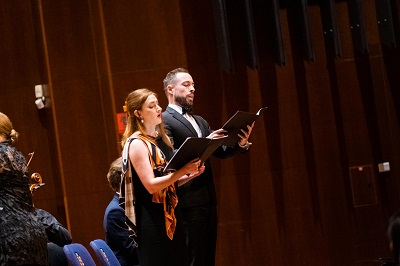 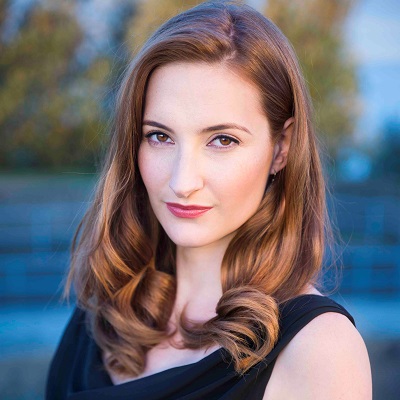 Maia Andrews is an accomplished young soprano who recently relocated back to Australia after many years singing in Europe. Most recently Maia performed the title role of Anne Frank in Grigori Frid’s Mono-oper Das Tagebuch der Anne Frank at the Theater Altenburg Gera. At the same theatre, Maia made various solo appearances in 2020-21 in operatic galas Freistatt schöner Geister, Die ganze Welt ist Himmmelblau and Kriminal-Tango, singing excerpts ranging from Verdi to Weber, some of which were recorded for the Mitteldeutscher Rundfunk to great acclaim. In November 2019, Maia was invited back to perform Gretel from Humperdinck’s Hänsel und Gretel with the Jenaer Philharmonie having sung the role in a Konzertant in May 2018. Other roles include Pamina (Die Zauberflöte), Susanna & Barbarina (Le nozze di Figaro), Mademoiselle Silberklang (Der Schauspieldirektor), and Amy (Little Women).

Maia is an alumna of UNSW having completed her Bachelor of Music/Arts and been a member of both the Collegium Musicum Choir and Burgundian Consort under the direction of Sonia Maddock. Maia has appeared as a soloist at UNSW in Dvořák’s Mass in D, Handel’s Israel in Egypt, Tippett’s Crown of the Year, and Saint-Saëns’ Oratorio de Noël. 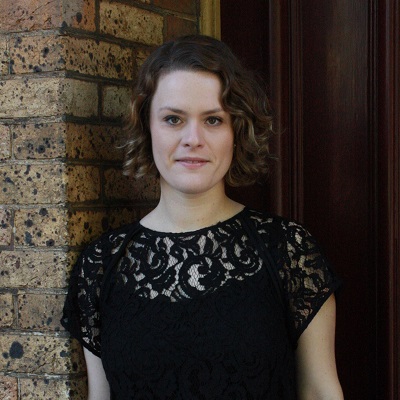 Mezzo soprano Stephanie Dillon was born and raised in Moree, NSW. She has been a member of the Choir of St James’ King Street, Sydney since 2017, and is a Principal Artist with The Song Company. Stephanie enjoys regular collaborations with Bach Akademie Australia, The Song Company, Pinchgut Opera, Cantillation, St Mary’s Cathedral Choir, Sydney Antiphony and Luminescence Chamber Singers. Stephanie is also the co-Artistic Director of new vocal ensemble, CASTALIA Vocal Consort.

In addition to her work as a performer, Stephanie has worked in arts administration and arts education in some of Australia’s leading arts organisations. In 2020, Stephanie commenced her studies towards attaining a Masters of Teaching (Primary). 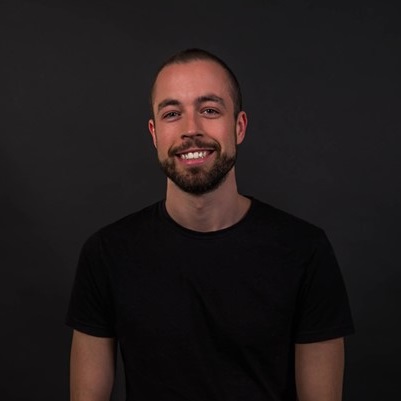 After completing a double degree in Music and Education at UNSW, tenor Jeff Milgate continued his singing studies in Paris before being accepted into the Haute Ecole de Musique in Lausanne, Switzerland. He studied with Louise Callinan, Frédéric Gindraux and Rachel Bersier while regularly working as a soloist around Switzerland.

Jeff participated in tours to Japan, France, Italy and Brazil in music ranging from the Baroque to newly commissioned contemporary pieces.

Since coming home to Sydney, Jeff continues to sing in concert works and is currently putting together a recital program of German lieder and French mélodies.