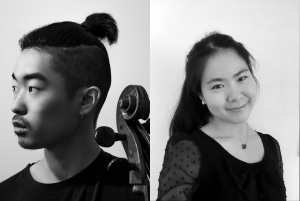 Congratulations to Hikaru Fuminashi and Kelly Liu who have been selected to perform concertos with UNSW Orchestra in 2021. The standard for auditions this year was exceptional and highly competitive. The panel was very impressed with the overall standard of the auditionees and we are incredibly excited to hear Hikaru and Kelly perform later in 2021. 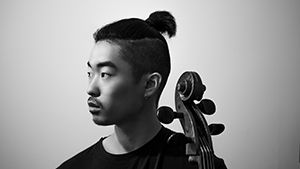 Hikaru won the Conservatorium High School’s Concerto Competition, playing Shostakovich’s 1st Cello Concerto, which then led him to perform the piece with the Penrith Symphony Orchestra at the Joan Sutherland Performing Arts Centre in the same year.

He received the Corinna D'Hage Mayer String Scholarship at the Sydney Conservatorium of Music studying under Julian Smiles, and led the cello section for the Conservatorium’s Symphony Orchestra.

Hikaru then moved on to study at the Royal Northern College of Music, where he studied with Hannah Roberts as a recipient of the Jellis Bequest Scholarship, and was a finalist of the Barbirolli Prize for Cello. During his studies at the RNCM he also performed  the Dvorak Cello Concerto with the Ormskirk Music Society.

Having always had an interest in architecture he is currently studying Civil Engineering with Architecture at UNSW.

About Camille Saint-Saëns' Cello Concerto No. 1

Composed during a period of social readjustment in post-war France, the First Cello Concerto marked Saint-Saëns’ acceptance as a composer among the establishment, and has long been one of his most admired works.

When Saint-Saëns wrote his first Cello Concerto in 1872, he was still a controversial name in conservative French musical circles, known as a modernist young radical and “prophet of Wagner.” He was nonetheless an established figure, and had occupied this position for some time, since he had made waves early as a child prodigy.

The Concerto was well-received from the start, particularly in France, where it was perceived as being free from Saint-Saëns’ unfortunate modernist tendencies. One Paris critic suggested that more works in the same vein would restore the prestige he had lost with “his all-too-obvious divergence from classicism.” — from a note by Howard Posner 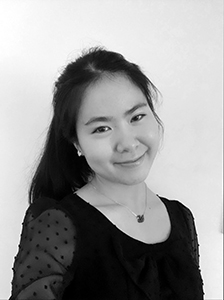 Kelly Liu is her final year at UNSW studying Master of Teaching (Secondary).

She began studying piano at the age of five and completed a Bachelor Degree on Piano Performance at the Sydney Conservatorium of Music with the highest grade on piano in her year. Kelly studied piano with Professor Gerard Willems at the Conservatorium and is currently furthering her study on piano with Dr Bernadette Harvey.

Kelly has years of performance experience as both a soloist and chamber musician and has interpreted a wide range of repertoire from Baroque to Contemporary. She is very looking forward to performing the Chopin Piano Concerto No.1 with the UNSW Orchestra.

About Frédéric Chopin's Piano Concerto No. 1 in E minor

We customarily view Chopin in terms of the final years of his short life, as Chopin the Frenchman, the hyper-sensitive, physically fragile superstar. But the Chopin who wrote two piano concertos a few months apart in 1829 and 1830 was a vivacious Polish composer, reigning prince of Warsaw’s salons: the precocious Fryderyk Franciszek, as he was christened (not as yet Frédéric François), who had been playing the piano since the age of four and was dubbed “the second Mozart” before he was ten.

His most ambitious works to date, the two piano concertos were also taking shape at this time. In these youthful works we are already in the presence of the dreamy-eyed Chopin of Romantic lore: the delicate, sensitive poet of our most ardent imaginings, nowhere more so than in the second movement of the E-minor Concerto.

If the principal reason for the undiminished popularity of the E-minor Concerto is the lush, poetic melodiousness of movements one and two, the brilliance of its finale is enough to satisfy any virtuoso’s need for self-display, but of a uniquely un-bombastic, Chopinesque kind. — from a note by Herbert Glass