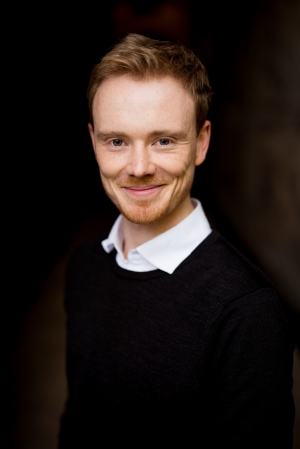 The winner of the 2022-23 Layton Emerging Composer Fellowship is Sydney-based composer Angus Davison.

Davison was the clear and unanimous winner of the Fellowship, taking the top spot in a field of high standard submissions. Competition was extremely fierce with over 50 submissions made, including a number of new applicants.

His submission was described as “both technically accomplished and creative”, demonstrating a “consistent sense of musical voice” and his compositions as “clever, polished and with a great sense of colour and shape” by the selection panel.

Davison said “it’s a great honour” to be selected as the next Layton Emerging Composing Fellow, and that “programs that support young artists both creatively and financially over an extended period of time are few and far between. I’m thrilled to be working with such phenomenal musicians and mentors, and I can’t wait to get started!”

Artistic Chair, Australia Ensemble UNSW Paul Stanhope said “we look forward to Angus’s forthcoming compositions as part of the fellowship and encourage all to apply again in future years.”

The Layton Emerging Composer Fellowship is valued at $10,000 for one year, for an Emerging Composer to write two works across the course of a 12-month period. The objective of the Fellowship is to foster greater engagement in and recognition of composition and chamber music activities at UNSW, and is made possible by the generous support of Emeritus Professor Roger Layton AM and Merrilyn Layton.

About The Layton Emerging Composer Fellowship

The Layton Emerging Composer Fellowship is open to early career composers (defined as being within the first 5-7 years of creative practice). Applicants were required to submit a portfolio of scores of at least three pieces of music, showcasing two of which must be purely instrumental (ie, no voices), one of which must be for chamber ensemble (up to 6 players), and one of which must be from the last three years; with audio material supporting the portfolio of submitted music scores. Applications were assessed in terms of their musical creativity, originality, and personality, and the demonstration of a high level of craft, technical competence; care and professionalism in the presentation of Scores in the portfolio.

Angus Davison composes music with 'bright energy' (Limelight), 'considerable poignancy' (The Mercury), and 'a respect for sound in itself' (Cut Common). His music is often inspired by human relationships with nature, inviting listeners to deepen their fascination for the world around them. Recent works have explored topics such as the religious life of worms, the absence of majestic views, thermonuclear fusion, and Newton's laws of motion.

Angus completed a Master of Music at the Sydney Conservatorium where he also attained First Class Honours following a Bachelor of Music at the Tasmanian Conservatorium. His awards include the Don Kay Scholarship, an Honours Scholarship, a Research Training Program Stipend, the Tasmanian Symphony Orchestra Student Composition Prize, Audience Choice Award at the 5th International Tampa Bay Symphony Orchestra Prize, and second place in the Jean Bogan and Willoughby Symphony young composer awards.

He has been selected for composer development programs including the Tasmanian Symphony Orchestra Australian Composers' School, the Melbourne Symphony Orchestra Cybec Program, the Ensemble Offspring Hatched Academy, the Omega Ensemble CoLAB Program, and Composing in the Wilderness.

Angus' music has been performed in Australia, Europe, and the US. Performers and commissioners of his work include the Melbourne and Tasmanian Symphony Orchestras, Ensemble Offspring, Corvus, the Ady Ensemble, Omega Ensemble, Barega Saxophone Quartet, and Michael Kieran Harvey among many others.

Angus is also a music educator and arts administrator. Based in Sydney, he tutors classes at the Sydney Conservatorium of Music and works in philanthropy for Ensemble Offspring.

The Australia Ensemble, resident at The University of New South Wales, was founded in 1980 following a proposal put to the University by Roger Covell and Murray Khouri. The group has long been widely recognised as this country's finest chamber music ensemble. Consisting of seven of Australia's leading instrumentalists, the Ensemble is able to engage other outstanding musicians to enable it to present some highly unusual and varied groupings of performers as well as the standard chamber music repertoire. The core activities of the Australia Ensemble UNSW are the annual subscription season and free concert and workshop series at UNSW, although it also frequently appears elsewhere for music societies and other organisations.

The Australia Ensemble UNSW has extensive experience in touring throughout Australia and overseas. It has appeared in every state of Australia for Musica Viva and other entrepreneurs and frequently appears in national music and chamber music festivals. The Ensemble has regularly toured internationally since 1982 and has performed in the USA, the UK, the Soviet Union, Germany, France, Switzerland, Austria, the Netherlands, Poland, New Zealand, Hong Kong, Japan, China, India, South America, South Korea, Vietnam and Thailand.