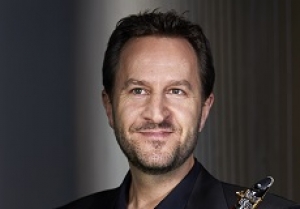 The opening for the Australia Ensemble UNSW’s first public performance in 393 days is an arrangement by our very own David Griffiths. Premiering this Saturday, 10 April, we will present new arrangements of Three Folk Songs composed by Australian composer Percy Grainger. Book tickets to Dream Tracks

Which three folk songs did you arrange, and how did you choose them?

For our concert coming up I’ve arranged three Grainger folk songs. The first is Shepherd’s Hey, the second is Irish Tune from County Derry and the third is Molly on the Shore. These were actually three arrangements that I did with my colleague Timothy Young about 10 years ago, originally for Ensemble Liaison. We chose them back then because we wanted to do a set of Grainger folk songs and we really, sort of, scoured through Grainger’s library and picked the ones that we thought would best, you know, suit the concert that we were arranging them for, at the time. And really, they were, there we many more to choose from, but these were just three of our favourites simply, those three are just, you know, all really, really fantastic, and catchy, and lively, and obviously the Irish Tune is incredibly famous, and very beautiful, so that’s how we narrowed it down to those three.

What are the benefits of arranging music for chamber ensemble?

Arranging music, you know, for chamber ensembles, is - it just opens up the possibilities of the music that you can play. I think, especially as a clarinet player, of course there’s lots of wonderful chamber music, but there’s so much more wonderful music that hasn’t been written for clarinet. And so arranging is something that I’ve done a lot of now over the last 15 years. So much so I even did my entire PhD on it, which is somewhat terrifying. But it just, really - I think now I’ve done over 50-60 arrangements, mainly for Ensemble Liaison but I’ve started, doing now, some for the Australia Ensemble, in recent times.

What is your process when arranging music for chamber ensemble?

Each piece has a slightly different process depending on, you know, the piece, and the versions, and what have you. But, you know, for instance, in the case of these Grainger arrangements, I did consult multiple different sources, because they were there, just to, sort of, get a sense of the different, all the different existing arrangements. In the case of these arrangements, as I said, I worked together with my colleague Timothy Young from Ensemble Liaison, and we, sort of, worked together, collaboratively. And, I think, the first step, really, was to sort of map out which instruments we want to have the different voices and melodies and counter melodies at any time. And then, the key really for us was the workshop process. You know, we would get that first draft down, and then we would go in and we’d play it and we’d say “yeah, no that doesn’t work lets change that” or “what if the piano does this?” or what if”you know. And that’s sort of the process.