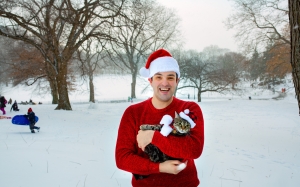 Michael Grebla with Ecco, his cat

The Willgoss Ensemble Composition Prize was a special one-off prize offered in 2020, aimed at encouraging and promoting the creation of an original work for ensembles, in support of a thriving ensembles program at UNSW.

COVID19-permitting, these new works are scheduled to be performed later this year, so we asked Elizabeth and Michael what audiences can expect at their eventual premieres.

Michael Grebla, comissioned to compose a work for string ensemble, on what audiences can expect from his new work:

It can be a great comfort to be able to retreat away from the world into the music you are writing.A big part of what I see the job of a composer as doing is finding beauty in the world and helping others do the same by creating a moment or a space for that.

I have been hunkered down in my little East Harlem apartment in New York City through the entire pandemic (with my little tabby Ecco). Between the isolation, staggering death toll, health and economic crises and civil unrest, finding the beauty can be challenging. But some days the sun is shining, or the streets and parks are pristinely covered with bright fresh white snow and instead of thinking about how much you miss the people you can’t be with, you think how grateful you are to know them and the nature of how special that connection must be to miss them so much.

The beauty of these connections are the thoughts that have been inspiring and giving shape to my upcoming work for the UNSW String Orchestra later this year and I really hope I am able to return in time to share in the premiere with you later this year! 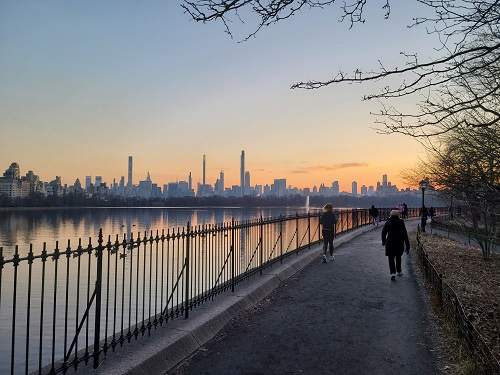 Michael is an international award-winning emerging composer from Western Australia and based in New York City. With a deep conviction for the role music plays as a unifying mechanism in society, constructing identity and building community, he endeavours to create meaningful and inclusive cultural experiences, bridging tradition and the present through his music. In recent years, his works have dealt with ideas of journey, displacement, transience and spirituality, offering his own deeply introspective expression and examination of the human experience. CutCommon magazine has described him as spreading music as “a testament to the universal strength and endurance of the human spirit”.

He has been recognised with grants and awards from the New York Composer’s Circle, the Zodiac Festival in France, the Australia Council for the Arts, and the Australian America Association. Michael’s work has been performed internationally at festivals including the Atlantic Music, Connecticut Summerfest, Charlotte New Music and TUTTI festivals. His work has also been performed by ensembles such as Ethel, Beo, Hub New Music, the Australian Youth Orchestra and the West Australian Symphony Orchestra. Michael is a John Monash Scholar and holds a masters of music with honours from the New England Conservatory and undergraduate degrees from the University of Western Australia in mechanical engineering and music with first-class honours. 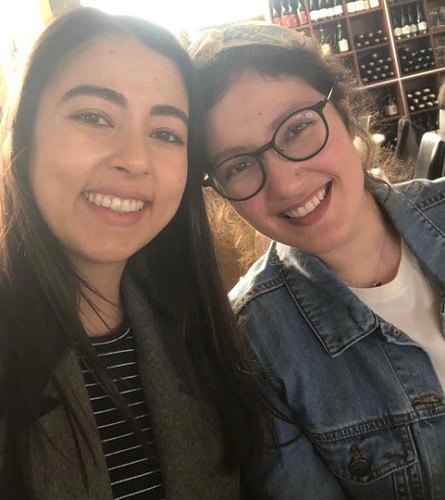 Elizabeth Younan (pictured with her sister Lauren), commissioned to compose a work for brass and percussion ensemble, on what audiences can expect from her new work:

“Mettle”, a work for brass and percussion ensemble, is highly sectionalised as each part explores a distinctive brass texture or colour — big tuttis, solos, a sinewy and muted, fugal texture, a highly rhythmic finale. The piece is hopeful and brimming with energy, but struggle is imbued throughout the work.

I experienced many conflicting emotions whilst composing last year. I felt immensely grateful and humbled to be able to continue to compose, but also great despair and horror at the suffering we were all witnessing around the world. Yet, I don’t think I could have made it through without composition and collaboration. Performers and online audiences seemed hungrier than ever before to commission new music, solo music, especially, despite — and yet, because of — the challenges and suffering we witnessed around in the world. This is because we did what we could in our own way, as musicians of generations past have always done—respond to the world around us in despair, solidarity, and most importantly, hope.

Elizabeth is of Lebanese descent and from Sydney, and until recently, was living in Philadelphia, USA. She was a featured Australian composer of Musica Viva Australia’s 2018 International Concert Season, where her Piano Sonata was premiered by Van Cliburn silver medallist Joyce Yang. The work was subsequently nominated for Instrumental Work of the Year at the 2019 Art Music Awards. Elizabeth holds bachelors and masters degrees in composition from the Sydney Conservatorium of Music, where she studied with composer Carl Vine AO as a recipient of the Australian Postgraduate Award. Elizabeth currently studies as an artist diploma student under full scholarship at the Curtis Institute of Music in Philadelphia, where she holds the Jimmy Brent Fellowship. She is the second Australian composer to be admitted to Curtis and studies with Dr Jennifer Higdon and Dr David Ludwig.