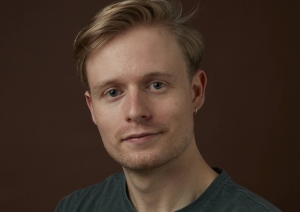 UNSW Music Performance is excited to announce the winner of the 2021 Willgoss Choral Composition Prize is Sydney-based composer, Oliver John Cameron. Oliver's work, five lullabies for uncertain times will be performed by UNSW's resident chamber choir, the Burgundian Consort, in recital in October 2021.

The Willgoss Choral Composition Prize is aimed at encouraging and promoting the creation of an original work for unaccompanied choir, in support of a thriving choral program at UNSW Australia as represented by the Music Performance Unit, and is made possible by the generous donation of Dr Richard Willgoss, and his wife Sue who provided support for this prize, offered as a way of supporting and inspiring composers of choral composition of the highest standard, with a focus on creativity and excellence.

About five lullabies for uncertain times

Composer Oliver John Cameron says this about his new work: "In the last year the term ‘uncertain times’ has been thrown around a lot. Sometimes it is impossible to pinpoint the exact cause of the unease and anxiety or maybe it’s an accumulation of everything that seems to be going wrong in the world. For me, music, particularly choral, has always been a source of comfort through listening, performing and leading ensembles. It has been difficult to not be able to sing in typical numbers and lose the regular rehearsals where I could let my worries go and be lost in the music.

"But there has been more time to reflect as a composer, discover new works and read, and for that I am grateful. The way that tone colour can be manipulated through the layering of certain vowel sounds as seen in Caroline Shaw’s Partita for 8 Voices and Thomas Tallis’ Spem in Alium has been a particular point of interest.

"These five songs are not just lullabies to soothe. They are to be a remedy mixed from catharsis, frustration, memory, and acceptance. Each lullaby addresses some form or feeling of isolation, but the message is hopeful, looking forward to a time when we can sing together again."

Oliver completed a Bachelor of Music (Composition) with Honours in 2015 at the Sydney Conservatorium of Music and is currently employed as the composer-in-residence and composition teacher at Meriden School. Since 2012 he has worked as an arranger and composer across many genres and regularly performs with singer/songwriters Olga Solar and Jack Colwell.

In 2017 Oliver devised and composed The Colour Orange: The Pauline Hanson Musical winning the Critics Pick award at the 2017 Sydney Fringe Festival. The show toured and played at Sideshow Festival, Sydney Comedy Festival 2018, and Adelaide Fringe Festival 2018 where he won the Emerging Artist Award.

Oliver has attended the ANCA summer program, directs the Choir at Meriden School, vocal-directs the annual Shore School Musical and was the assistant choral director at Shore from 2017-2019.

In 2019 Oliver was selected to attend a residency at the Atlantic Music Festival in the United States as part of the composition program.

Oliver is working on another musical, always, via emails to himself.