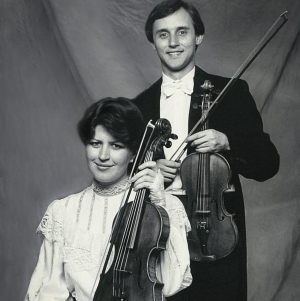 Dene Olding and Irina Morozova with their Smith Instruments

Arthur Edward Smith was from London and trained initially in engineering design, working as a fitter and turner then progressing to be a senior design draughtsman. Being an amateur violinist in the local Maldon Amateur Orchestral Society, his love for string instruments blossomed and brought about a change of career. Seemingly a self-taught luthier he emigrated to Australia where after a short stay in Melbourne saw him relocate to Sydney, establishing his shop in 1915 in Hunter Street, coincidently the same year the New South Wales Conservatorium of Music was opened. Internationally renowned for the quality and craftsmanship of his violins and violas, they were purchased by players including Yehudi Menuhin, David Oistrakh, Isaac Stern and Ruggiero Ricci. His violas were a more guarded secret, with most staying within Australia being played in our then State ABC orchestras.

Many professional violinists and violists from the Sydney Symphony Orchestra played on or owned an A.E. Smith instrument, and at one time nearly the entire viola section owned one. 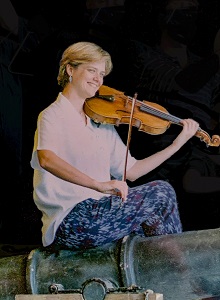 I too once owned a wonderful Smith, built in 1947 for an international luthier competition, which was then briefly owned by the then Sydney Symphony Orchestra concertmaster Ernest Llewellyn, and soon after by Sydney Symphony Orchestra violist Helen Bainton who performed on it for many years within the orchestra. It then moved to Townsville with Peter Wilson, heading back to Sydney into my own hands for many years, before relocating to the Melbourne Symphony Orchestra in the hands of Katharine Brockman, then Principal Violist. The lineage of such instruments is always a fascination, a bit like researching your family tree!

Australia Ensemble UNSW members Dene Olding and Irina Morozova are both current owners of Smith instruments. Irina uses her Smith viola exclusively whereas Dene now performs on his Joseph Guarnerius violin. Both of their Smith instruments came from the same piece of timber, apparently from the Crystal Palace, where a show for ‘particularly fine old Italian wood for the making of instruments’ had been on display.

I had also been advised that my Smith viola (made in 1947) originated from the Crystal Palace wood, although I am not sure to its accuracy. At the time, being young, I had incorrectly imagined the wood came from the charred remains of that great architectural wonder after its devastating fire in 1936. Every time I opened my viola case I liked to think I could catch the feintest whiff of singed wood!

Dene’s Smith violin was made in 1938 for the Concertmaster of the Sydney Symphony Orchestra, Ernest Llewellyn (Concertmaster from 1949–1964).

“The story I know”, Dene comments, “is that this violin was a wedding present for Ernest Llewellyn, who married A.E. Smith’s daughter Ruth and was therefore his son-in-law. Smith took extra care in making this violin and it remains one of his outstanding instruments.”

In 1987 Dene purchased the Smith violin from Llewellyn’s widow Ruth and joined the Sydney Symphony Orchestra permanently as its new Concertmaster performing with the Smith until 2000 when he co acquired his Joseph Guarnerius, a violin he currently plays.

“The fact that I also held this position (Concertmaster) and for many years and used the Smith violin in the orchestra as well, is a nice link with the history of the orchestra”, Dene reflects.

Prior to the Smith purchase, Dene had been playing on a fine Gagliano, which is coincidently not far away. In fact you hear its fine mellifluous tone at our Australia Ensemble UNSW concerts in the hands of Dimity Hall. 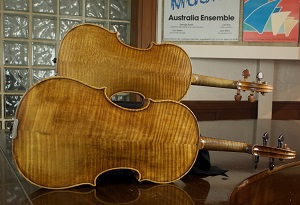 I asked Dene if there were particular performances with the Smith that were memorable or important to him.

“I played many concerts with this instrument. Recordings of Samuel Barber’s Violin Concerto with the Melbourne Symphony Orchestra and conductor Hiroyuki Iwaki and Maninyas by Ross Edwards, with the Sydney Symphony Orchestra and conductor Stuart Challender, I think, show very well the quality of The backs of the A.E. Smith instruments owned by Irina Morozova & Dene Olding show a similarity in grain pattern [photo: Dene Olding] sound that it possesses. I played so many concerts of all kinds with this violin but I especially enjoyed playing concertos on it because of its power. Inevitably, musicians would ask me what instrument I played and many were amazed to find out it was a Smith!” 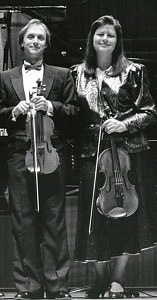 “Once, when Igor Oistrakh was playing Shostakovich’s Violin Concerto with the Sydney Symphony Orchestra, he broke a string and he had to swap violins with me and play the last movement on my Smith whilst I restrung and played his father’s (David’s) beautiful Strad for the duration of the piece as there was no chance to swap back. He told me later that it brought back memories for him as his father had a Smith violin and he often played it in an early stage of his career. He was most complimentary about the sound of my violin.”

“It was fitting that I often played double concertos such as Mozart’s Sinfonie Concertante and Arthur Benjamin’s Romantic Fantasy with my wife, Irina and her beautiful Smith Viola.”

Today, Dene still owns his Smith, so I wondered if it was still being played? “I have lent it out for a short period to Sydney Symphony Orchestra violinist, Alex Mitchell, but I usually keep it for my own use.”

Each string instrument carries its very own individual fine qualities and I asked Dene if he could please share some of the qualities of his particular Smith violin.

“This violin is notable for its extra rich, mezzo soprano qualities. It is a Guarneri del Gesu model and as such, it is shorter and wider than the usual Stradivari pattern. Ernest Llewellyn had large hands and the fingerboard is consequently built for his hands in its width.”

All string instruments being unique, also unfortunately carry their own set of peccadillos. I asked Dene whether his Smith had any such niggles that having played it for so many years, only he would know.

“Because of the unusual width of the waist part around the C curves, one has to be careful when playing on the E string not to hit the wood of the violin with the bow. Some registers have pure horsepower and the challenge there is to blend with other instruments so that you do not stick out unexpectedly and dominate the balance when it is not called for.”

Having sat next to Irina on many occasions in orchestras, chamber music and the occasional UNSW Opera performance, I would wallow in the glorious warmth and dark chocolatey sound she made. I was entranced and fascinated, how did she produce that glorious sound and what was her instrument?

Yes, Irina owned a hallowed Smith. It was made in 1947 for Richard Goldner, violist, inventor and founder of Musica Viva, who was also Irina’s viola teacher and mentor. Richard was so happy with the sound when it was being built that he stopped Smith from applying the final coat of varnish.

“Richard played it all over Australia and possibly in New Zealand while he was the violist for the Musica Viva Chamber Players for his own Musica Viva Australia. Although forced to stop performing due to a shoulder injury, he used to haul the viola out during my viola lessons to demonstrate all sorts of bowings, proving that your bow arm NEVER forgets - providing you were taught properly! Alas – a different thing for the left hand!” 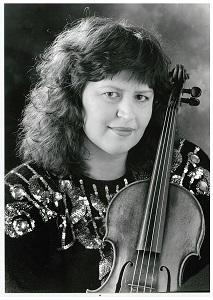 “I had purchased my lunchbox viola (a post-stroke Smith viola from 1966 which looked terrible; unevenly carved and varnished with what looked like beetroot stains obviously not!) at the age of 16 for the princely sum of $300 (including case and bow). It was only a 16-inch viola so you had to work very hard to project, although the sound was very sweet. In my late 20s I went to America again to have a few months of serious tuition and practice again with Richard. At the end of my time there Richard said; “you need a better instrument, I’ll fix up mine and you can borrow that.” And he was as good as his word. He needed to alter the pegbox (he had it set up with an easy tune system he was developing so he needed to re bush the peg holes) which he did in the States and brought it with him to Australia the next time he visited. So, I had this viola for the rest of my professional life; signed, sealed and delivered in his will. Such an incredible and generous gesture not just from him (who did not play any more) but Charmian Gadd his wife also (who did!)”

“And then, for a significant birthday (after I’d been playing it for 30 years) Dene and Nikolai, looking goofy, gave me a wrapped up oblong present which was obviously an instrument case. Knowing me, I couldn’t just say thank you but said something like ‘what do I need a new case for?’ When I opened the case Dene said it was the first time he had seen me absolutely gobsmacked and lost for words. I had only recently been wondering privately how long a ‘professional life’ could last. The knowledge that it was mine was so absolutely wonderful I still don’t have the words to describe it.”

“Everything I played of any consequence I played on this viola. The Australian Chamber Orchestra, Australia Ensemble UNSW and Goldner String Quartet. I toured all over the world with all these groups, many recordings, solos with the Australian Chamber Orchestra, Mozart Sinfonia Concertante with Dene... and Arthur Benjamin’s Romantic Fantasy and Richard Mills’ Duo Concerto conducted by the composer.”

Irina’s Smith viola is a 16 ½ inch Brescian model, not too big to be unwieldy and definitely not too small.

After playing it for so many years she has an intimate knowledge and relationship with the instrument.

“This viola makes me feel very close to Richard. I know it will happen eventually but I cannot imagine it not being in my life. I need it to go to someone who will love it as much as I do. It likes to annoy me with the odd wolf note on changing octaves of Fs but apart from that I love it because it always seems to give me as much as I need – I only have to ask it. It has its own unique sound. I’ll leave it to others to describe it but I have no need for any other instrument. I had the chance 20 years ago to have a superior Italian instrument which might have blended with the quartet in a better way but I just couldn’t do it - it wasn’t me. In any case, the Goldner String Quartet just might sound more special with this Australian beauty.”

“It is interesting too, (for no particular reason) that both of us are only the second owners of these beautiful instruments. It will be very interesting how we will pass these on. Together or apart?”