What is Ozymandias? | Music Performance 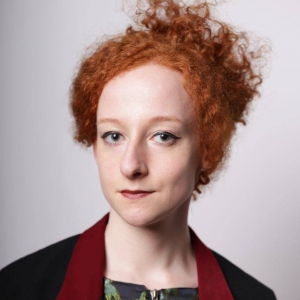 On Friday 22 November UNSW Wind Symphony will be performing their final concert for 2019. The concert, Songs, Poems & Dances, will feature the premiere of a new work by UNSW student and trombonist Bryony Pyke. We sat down with Bryony to learn a little more about her piece.

Tell us about yourself!
I’m a fourth-year composition major at UNSW with an interest in programmatic music. My first instrument was piano, and I picked up trombone after leaving high school. I also love cats.

What is Ozymandias?
In antiquity Ozymandias is the Greek name of the Egyptian pharaoh Ramesses II. It is also the title of two related connets by Percy Bysshe Shelley and Horace Smith. I based my piece on Shelley's poem.

What has it been like workshopping the piece with Paul Vickers and UNSW Wind Symphony?
Surreal. I’m forever grateful for the opportunity to have my music played. Paul has been fantastic.

What has been the most rewarding part of the process?
Being surrounded by amazing players all working to bring my brainchild to fruition.

How does playing the trombone impact your compositional work?
Honestly, it doesn’t have a huge impact. I write on piano a lot, but I suppose I’d like to write more big brassy parts in future.

What do you want people to know about your piece?
Read the poem! It’s really cool.

I met a traveller from an antique land
Who said: Two vast and trunkless legs of stone
Stand in the desert. Near them, on the sand,
Half sunk, a shattered visage lies, whose frown,
And wrinkled lip, and sneer of cold command,
Tell that its sculptor well those passions read
Which yet survive, stamped on these lifeless things,
The hand that mocked them and the heart that fed:
And on the pedestal these words appear:
'My name is Ozymandias, king of kings:
Look on my works, ye Mighty, and despair!'
Nothing beside remains. Round the decay
Of that colossal wreck, boundless and bare
The lone and level sands stretch far away

What is your next project? Or what are you hoping to do next?
Hopefully an orchestral piece, or something for a jazz ensemble.

Hear the premiere of Ozymandias at: