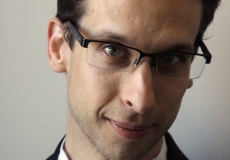 Paul Vickers is currently the Director of Music and Co-Curricular Activities at The Scots College, Sydney, where he oversees all aspects of the curricular and co-curricular music programs from the College’s Early Years Centres through to Year 12, as well as the extensive range of co-curricular activities at the College. Paul is also a lecturer in Music Education at the University of NSW, School of Education, and is sought after as an adjudicator, clinician and guest conductor.

Through a fellowship from the Ian Potter Cultural Trust, Paul completed a Master of Music degree in conducting at the University of Victoria, British Columbia, Canada where he also received a Graduate Award for academic excellence. During this time Paul served as Graduate Assistant Conductor of one of Canada’s top university ensembles, the University of Victoria Wind Symphony. He was also regularly engaged as a guest conductor and adjudicator in Canada.

Paul has been a core conductor for the Symphony Services International conductor training program working with professional orchestras in Australia and New Zealand and in 2010 he was awarded a World Association of Symphonic Bands and Ensembles (WASBE) conducting scholarship to participate in ‘The Art of Band Conducting’ at the University of Texas at Austin. Paul's tertiary qualifications also include a Graduate Diploma in Education (UNE) and his undergraduate study was as a performance major on trombone at the Sydney Conservatorium of Music (USYD).

Paul is a regular contributor to professional journals and has served on editorial boards for musicological and music education publications both in Australia and abroad. In 2013 he was invited to present his research on conducting gesture at the University of Calgary and in 2015 won a Research Partnership and Community Engagement Award from the University of NSW. Paul has served on the NSW boards of the Australian Band and Orchestra Director’s Association and the International Association of Jazz Educators as well as on the Sydney Eisteddfod Syllabus Advisory Panel, the NSW Band Festival Advisory Board, and most recently on the organising committee for the Australian National Band and Orchestra Directors Conference (ANBOC 2016).