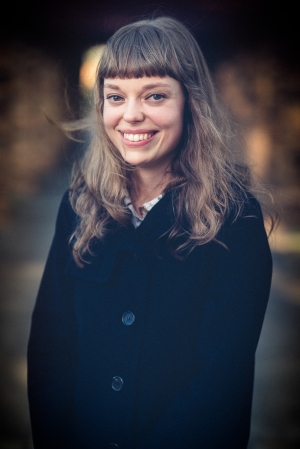 The Australia Ensemble has a demonstrated commitment to the development of new Australian music and this International Women’s’ Day, Artistic Chair of the Australia Ensemble Paul Stanhope to takes a moment to reflect on how the Ensemble's place as one of Australia’s preeminent chamber groups can help champion women composers and diversity in our nation’s chamber music scene.

Upon taking over from Emeritus Professor Roger Covell as Artistic Chair of the Australia Ensemble in 2014, it was clear to Sydney-based composer Paul Stanhope that increasing the number of commissions for composing women was a priority.

Stanhope describes the work of Covell and the Ensemble as “ground-breaking in their focus of commissioning of Australian composers”, and the selection of these composers made sense at the time, there were relatively few women who were given the opportunity of an Australia Ensemble commission.

Prior to 2014 only four women had been commissioned:

2009 – Elena Kats-Chernin, Birthday Miniature (one of the Anniversary Miniatures)

Since 2014, there has been equal parity of male and female composers commissioned by the Australia Ensemble. This has been made much easier with a much larger prevalence of composing women graduating from tertiary music institutions, dedicated opportunities for female composers and finding prominence on Australian stages.

Further to this, the Australia Ensemble has worked to provide development opportunities for new composers through the Layton Emerging Composer Fellowship facilitated by the generous support of Emeritus Professor Roger Layton AM and Merrilyn Layton. 2018 winner Nicole Murphy had her piece Surfacing premiered at a Lunch Hour Concert in 2019.

In recent years, the Ensemble has commissioned works from Felicity Wilcox, Natalie Williams, Jessica Wells and, in 2020, Holly Harrison – for Stanhope, one of the country’s “most exciting young composers” whose music is gaining attention all around the world. The quality of music and the sense of compositional voice is clear among each of these composers, many of whom have been trailblazers in their field for decades.

In addition to commissions, existing works by other Australian composers such as Elena Kats-Chernin and Maria Grenfell have also found their way through to recent Ensemble programs. For example, Kats-Chernin’s work Velvet Revolution is being performed at the first subscription concert for 2020 Storm and Tempest on 14 March. Stanhope explains that these were programmed because of their “compelling nature as the primary factor”, as with all works in Australia.

Other programs from the Music Performance Unit at UNSW such as the Willgoss Choral Composition Prize are providing opportunities for young female composers by having an anonymous submission process. We have seen a robust increase in submissions from young women composers, with none submitting in the prize’s first year, to over 50% of submissions from women in 2020. 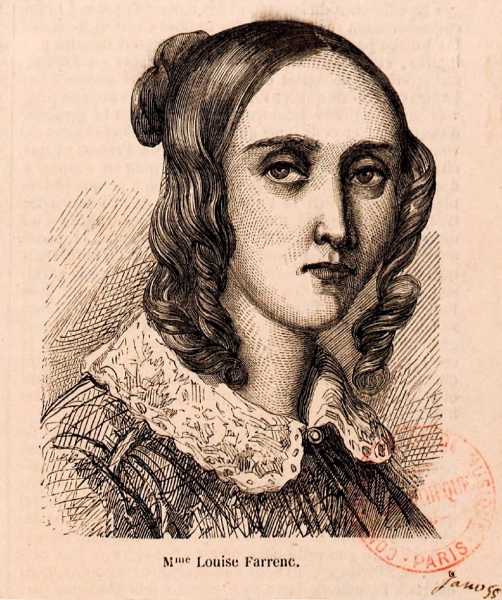 Recent scholarship also points the way in uncovering work by composing women from historical periods, and such composers’ works are coming to light. This is part of a larger trend of re-evaluation of works which have been, in the past, overlooked due to an overly narrow view of the historical canon. This re-evaluation benefits overlooked composers across gender boundaries and women composers from past eras routinely struggled with gender stereotypes which has contributed to the prevalent gender imbalance in historic classical music.

Clara Schumann for example, although a clearly brilliant composer, was pushed back into a more traditional role of tending to household and children at the expense of her husband’s compositional career. The Australia Ensemble paid tribute to both Clara and Robert Schumann in a program in 2017, in which we premiered Natalie Williams’ piece “Letters to Clara”. Stanhope describes Williams’ work as “brilliantly referencing the music of Clara’s own music as well as that of husband Robert and close friend Johannes Brahms”. Stanhope also described the “strength” of Clara’s one and only piano trio, performed in this concert, was immediately apparent. “It clearly stands up to the highest of artistic standards” Stanhope says, and that it is “such a pity, then, there aren’t a whole suite of string quartets, symphonies and other works”. Clara was also a brilliant concert pianist who revolutionised the idea of chamber music concerts into the serious form we might recognise today.

Stanhope champions Covell’s marvellous lead from the Ensemble’s conception in 1979 until his retirement in 2013 for “including uncovered gems from the historical period in Australia Ensemble concerts.” Thanks to the work of musicologists, the Australian chamber music scene more broadly now recognises that seriousness of composers such as Louise Farrenc, whose music will be performed in the Ensemble’s second concert of 2020.

Farrenc was a brilliant pianist, a teacher at the Paris Conservertoire. Farrenc’s work, produced in the middle of the nineteenth century, was often written for small chamber music combinations including flute (an instrument that often struggles to find serious repertoire: so thank you Louise!). More of a Classicist than a Romantic, Farrenc’s works are highly disciplined in a formal sense – much like the music of Brahms – and are compelling to this day.

AN EXCITING AND MORE DIVERSE FUTURE

The great works of the traditional musical canon will always deserve respect and will continue to garner plenty of performances in Australia Ensemble concerts. With Stanhope’s mission of “casting the net wider”, and “re-evaluating existing repertoire and its contributors”, he hopes to show that the story of so-called ‘classical’ music is a more diverse one than previously considered. This only adds to the richness of the narrative. Contemporary works by composing women, of course, add to this narrative and point the way to an exciting and more diverse future.

Alex Siegers is the Operations and Communications Assistant at the Music Performance Unit. In 2017 she graduated from a Bachelor of Music and Arts, majoring in Jazz Performance, Asian Studies and Linguistics at the Sydney Conservatorium of Music and works as a singer and educator.